In conjunction with Be Seen: Portrait Photography Since Stonewall, watch two films for the price of one. Take a 1:15pm tour of Be Seen before all 2pm screenings. $10; $9 seniors and students w/ ID; $7 members; Free for Film Stars. 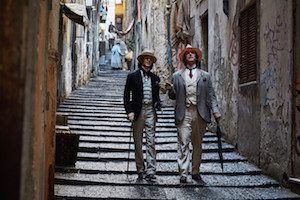 2pm | The Happy Prince pays tribute to Oscar Wilde telling the tragic story of his last few days. A passion project for writer, director, and star Rupert Everett, the film takes place in a Parisian hotel, where Wilde lies on his deathbed and recalls his past with wit and irony.