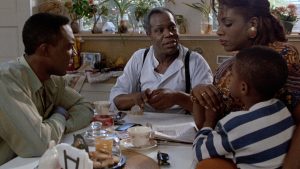 The life of a middle-class family in Los Angeles is disrupted by the arrival of an old friend—played by Danny Glover—from back South. Initially a charming reminder of their past, the visitor soon overstays his welcome and becomes increasingly sinister as the strained household tries to cope.