In MATRIX 175, Dulce Chacón (Mexican, born 1976) explored the frontiers of air and space, the wondrous realm of scientists, engineers, pilots, astronauts, and daredevils. Beginning with iconic and familiar media images obtained from newspapers, telecasts, and the internet, Chacón reconstructed humanity’s attempts to conquer the heavens through technological advancements in her distinctive watery ink drawings. In work dating from 2014 to 2016, the exhibition included four series of works on paper that totaled approximately 70 works.

The largest series, “Zenith” reconstructed the narrative of Felix Baumgartner’s attempt to break the world record for the longest free fall from space in 2012. The event was broadcast live on YouTube, where Chacón grabbed the source images for the forty-four drawings. Clustered in groupings across the wall, the series traced the extreme skydiver’s launch, rise, jump, and landing. “Fallen Angels” featured recreations of media photographs of astronauts and capsules after they have safely landed back on earth. The curiously staged photo ops situated in peculiar, rural landing sites generate a bizarre impression of the technological marvel of space travel and the heroes it creates. A single, large drawing recreates the iconic photograph of one of the most famous suicides; “Fallen Angel” Evelyn McHale jumped from the Empire State Building to her death in 1947. “Sound Locators” was comprised of drawings derived from documentary photographs from almost a century ago. They depict the curious, clunky contraptions invented for military purposes to locate sound, primarily of approaching enemy aircraft during World War I and World War II, before the invention of radar. “Hindenburg” documented the tragic end of the renowned German airship catching fire and burning over New Jersey in 1937 in six sequential images derived from historic newsreel footage. The thirty-second spectacular disaster brought the airship era to an abrupt end.

With care and humor, Chacón investigated the contemporary obsession to explore the great beyond, to capture and document highly dramatic moments and potentially disastrous events. These enterprises have increasingly become real-time experiences thanks to new technologies. In beautiful drawings of altered photographs, film and video stills, Dulce Chacón showed us a strange and amazing world of innovation accomplished through human feats and failures displaying courage, sacrifice, and hubris.

The Great Beyond Film Series
Dr. Strangelove or: How I Learned to Stop Worrying and Love the Bomb
The Day the Earth Stood Still

Major support for MATRIX 175 has been provided by the Mexican Agency for International Development Cooperation with the Consulate General of Mexico in New York and the Mexican Cultural Institute of New York. Additional support provided by the Morris Joseloff Exhibition Fund. The MATRIX program is generously supported in part by Jeffrey G. Marsted and Marcia Reid Marsted, Carol LeWitt in honor of Andrea Miller-Keller, and the current and founding members of the Wadsworth Atheneum Museum of Art’s Contemporary Coalition.

Support for the Wadsworth Atheneum is provided in part by the Greater Hartford Arts Council’s United Arts Campaign. 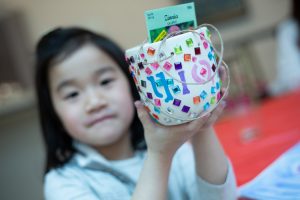 This tour is canceled. In response to the COVID-19 outbreak, all public tours are canceled until further notice. The museum is actively reviewing our public programming schedule in line with state and local guidance. Learn[...]
View Calendar
Add 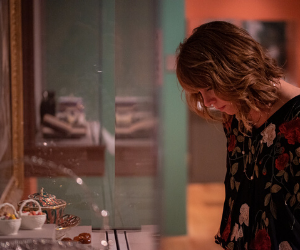