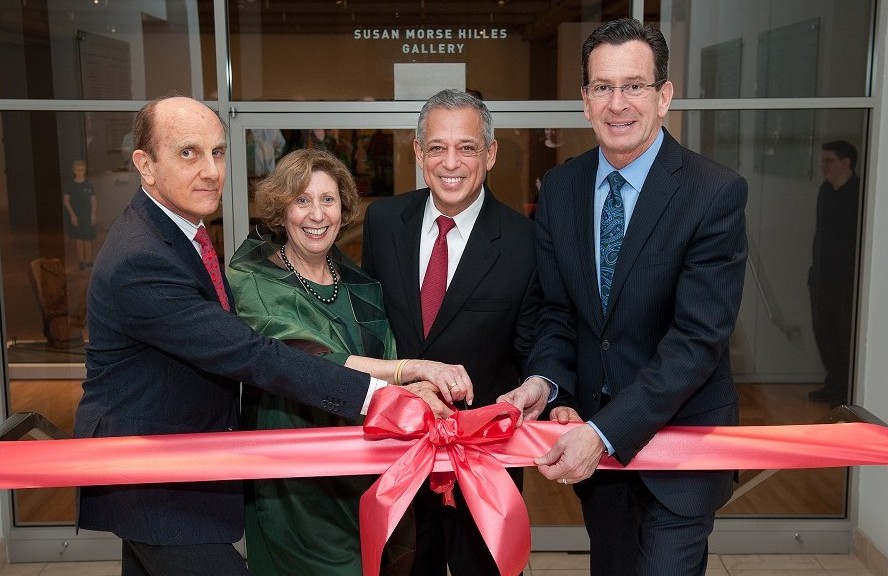 You may know that we at the Wadsworth Atheneum kicked off 2015 with the opening of sparkling new galleries for our Contemporary Art collection and the exhibition,Coney Island: Visions of an American Dreamland. Now that the ribbon is cut, the toasts have been made, and we can once again welcome visitors into our galleries, I want to take a moment to reflect on the journey of my past seven years as the Director and C.E.O. of the museum.

My most vivid memories of my first months on the job in 2008 include walking through the building as we were removing paintings because water was seeping through the walls. It was clear something needed to be done, and quickly. That year we shut down 15 galleries and put hundreds of works in storage. We had no choice but to embark on the largest renovation in the museum’s history, and regardless of any anxieties felt during those first few heart-stopping moments in 2008, I am honored to have been given the opportunity to lead such an effort.

The State of Connecticut quickly invested in the $33 million project and by 2010, we had replaced all five roofs on our building and I no longer received panicked midnight calls to say that water was streaming down the walls. Then we built new state-of-the-art storage to protect the art so that we could renovate our historic galleries. Fast forward and we have now celebrated the first of two openings to complete our renovation.  Not only do we have new and larger galleries, we have an updated elevator, brand new ADA-compliant restrooms, energy-efficient windows, hardwood floors, and industry-standard lighting.  A project of such scale is not cheap or easy to execute while remaining open to the public, but I am pleased to say that when we open the final phase of renovated spaces in September we will have added 16,000 square feet of gallery space to the existing footprint of the building. That is 27% more room to display our world-renowned collections for the public.

If you visit soon, take a romp through the magical landscape of dreams and nightmares at Coney Island. And experience cutting edge artworks in our Post-War and Contemporary Art galleries—some never before seen by artists Tony Smith, George Segal, Hank Willis Thomas, and Kara Walker. These beautiful new spaces are a result of hundreds of hours of meetings, lunches not taken, countless late nights, and evening and weekend work on the part of our entire staff, and I count myself lucky to collaborate with such a dedicated corps of professionals every day.

I am also humbled by the tireless efforts of our Board, which recently raised $1.5 million in a year-end challenge that proved there truly is no limit to the generosity of supporters who believe in the Wadsworth Atheneum’s mission.

2015 is poised to be one of the most transformative years in the Wadsworth Atheneum’s illustrious history, and we are off to a great start. Recent reviews in The New York Times, The Wall Street Journal, The Guardian, and The Art Newspaperhave put the Wadsworth Atheneum back on the map. This year we also celebrate the 40th anniversary of our groundbreaking MATRIX contemporary art exhibition program, commemorating four decades of work by pioneering artists like Ellsworth Kelly, Sol LeWitt, Cindy Sherman, and Andy Warhol, and now featuring the work of Michael C. McMillen. And come Fall we will open the rest of our reappointed galleries in the Morgan Memorial—a tribute to the building’s centennial year and its benefactor, J.P. Morgan.

I am honored to have led the Wadsworth Atheneum since 2008, and the rewards of the job have been abundant. As I prepare to retire toward the end of the year, I am proud to look back at how far we as a museum have come in such a short time, restoring America’s oldest public art museum for a twenty-first century audience, and making our collections accessible to our many audiences.