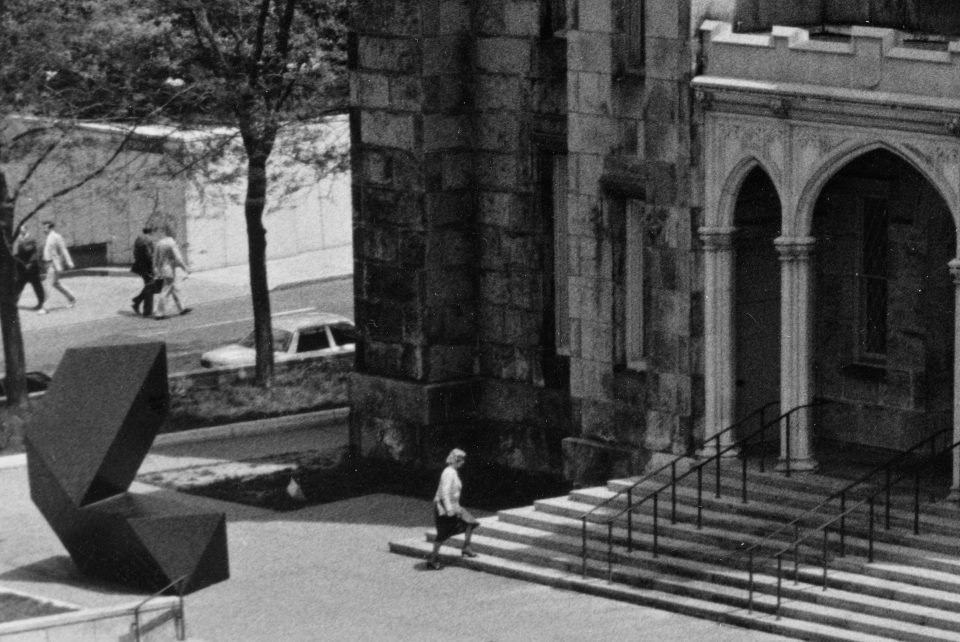 View of Tony Smith’s Amaryllis in front of the Wadsworth’s Main St. entrance

Tony Smith, the Minimalist sculptor, had a long and important association with the Wadsworth. Smith left his mark on the institution beginning with two exhibitions in the 1960s, followed by a gift of seven important Abstract Expressionist works to the collection, and his participation in forming the museum’s groundbreaking MATRIX series in the mid-1970s.

View of Black, White and Grey, the seminal exhibition of Minimalist art at the Wadsworth, January 1964. 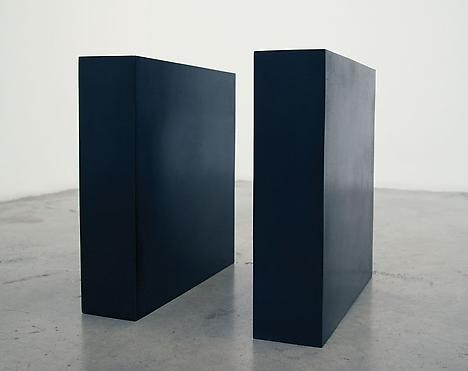 Smith’s The Elevens Are Up (original plywood mock-up 1963) visible in the background of the installation.

In 1966, Wagstaff organized a solo exhibition of Smith’s work that was shown at the Wadsworth and the Institute of Contemporary Art at the University of Pennsylvania titled Tony Smith: Two Exhibitions of Sculpture. The shows ran concurrently, from November –December 1966 in Hartford and from November 196 –January 1967 in Philadelphia. Prior to this exhibition, Smith had only exhibited two of his sculptures publicly, The Elevens Are Up, 1963 (in Black, White and Gray) and Free Ride 1962 (in the Primary Structures exhibition at the Jewish Museum in New York in 1966). Both works were included in the solo exhibition, along with sixteen other sculptures. Following the exhibition, the Wadsworth purchased Amaryllis, one of the works included in the show. 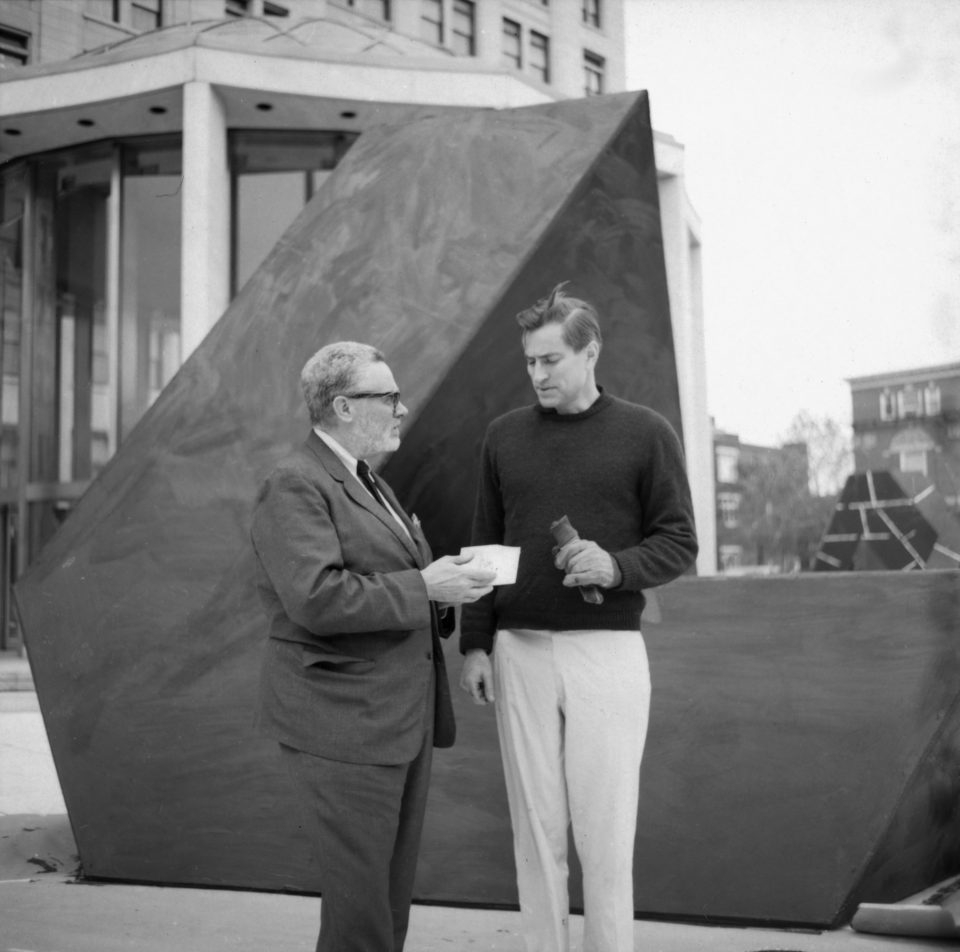 Tony Smith and Sam Wagstaff in front of the painted plywood mock-up of Spitball on the Travelers Plaza across the street from the museum, during the installation of Smith’s solo exhibition, in 1966. 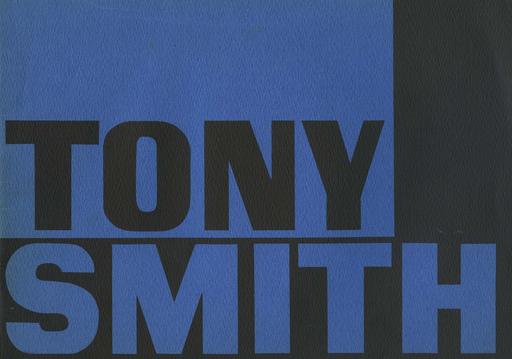 Smith and the Abstract Expressionists

In 1945, Smith moved to New York City, after stints in Chicago and Los Angeles. He got to know Barnett Newman and renewed his acquaintance with Jackson Pollock, who he had met at a party in 1941. He also met, in the art scene, Clyfford Still, Mark Rothko and Theodoros Stamos, other contemporaries in New York. All became close friends of Smith, and he participated in, and added to, their ongoing intellectual discussions of art. Like many young artists, Smith worked as a gallery installer and exhibition designer. Additionally, he provided some financial support to the Abstract Expressionist painters, albeit on a small scale, by purchasing their paintings from their galleries, at a time early in their careers, when the check and the encouragement meant a good deal. 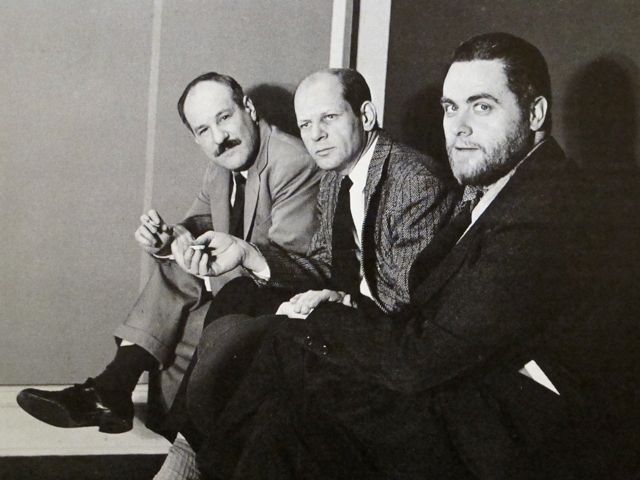 Above: Barnett Newman, Jackson Pollock, and Tony Smith at the Betty Parsons Gallery in 1951, next to one of Newman’s “zip” paintings. The three were good friends, frequently discussing Abstract Expressionist painting and psychoanalysis. Newman and Smith curated the inaugural show, Northwest Coast Indian Painting, at the gallery in 1946. Smith assisted with this and other exhibition designs for the Abstract Expressionists at the gallery as well. (Photo: Hans Namuth)

The same year that the Wadsworth purchased Amaryllis, Smith donated seven Abstract Expressionist paintings to the collection. He believed the artists represented were the most important of his time and should be in the collection of a public museum. He also gave the works because of his gratitude to the Wadsworth, and Sam Wagstaff in particular. Smith’s daughters, the artists Kiki Smith and Seton Smith, have stated that “the Wadsworth and Sam Wagstaff were…fundamental to the initial presentation of Tony [Smith]’s work.” (letter to Wadsworth Director and CEO Susan Talbott, Dec. 9, 2011.)

Originally presented as an anonymous gift, Tony Smith’s wife, Jane Smith, asked that the donation be credited to him after his death in 1980. After her death in 2005, the gift was credited to both Jane and Tony Smith at the request of Kiki and Seton Smith. 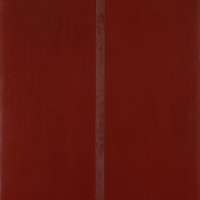 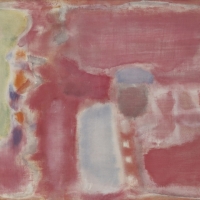 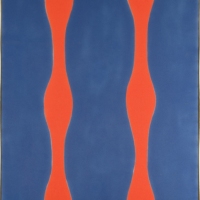 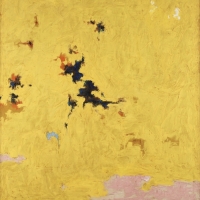 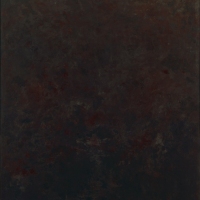 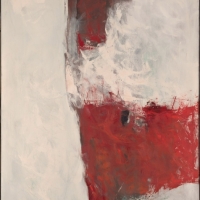 Smith’s Work in Our Collection

In addition to the purchase of Amaryllis in 1967, the Wadsworth was later given two small sculptures. Spitball, a marble sculpture from 1961, was donated to the museum in 1993. A much larger painted plywood, mock-up version of Spitball, dated 1966, was shown here during Smith’s solo exhibition that same year. And, New Piece, a lacquered wood sculpture from 1966, which had been on long-term loan from Sam Wagstaff since 1976, was donated to the museum by the Robert Mapplethorpe Foundation in 2014. Mapplethorpe had served as the executor of Wagstaff’s estate. 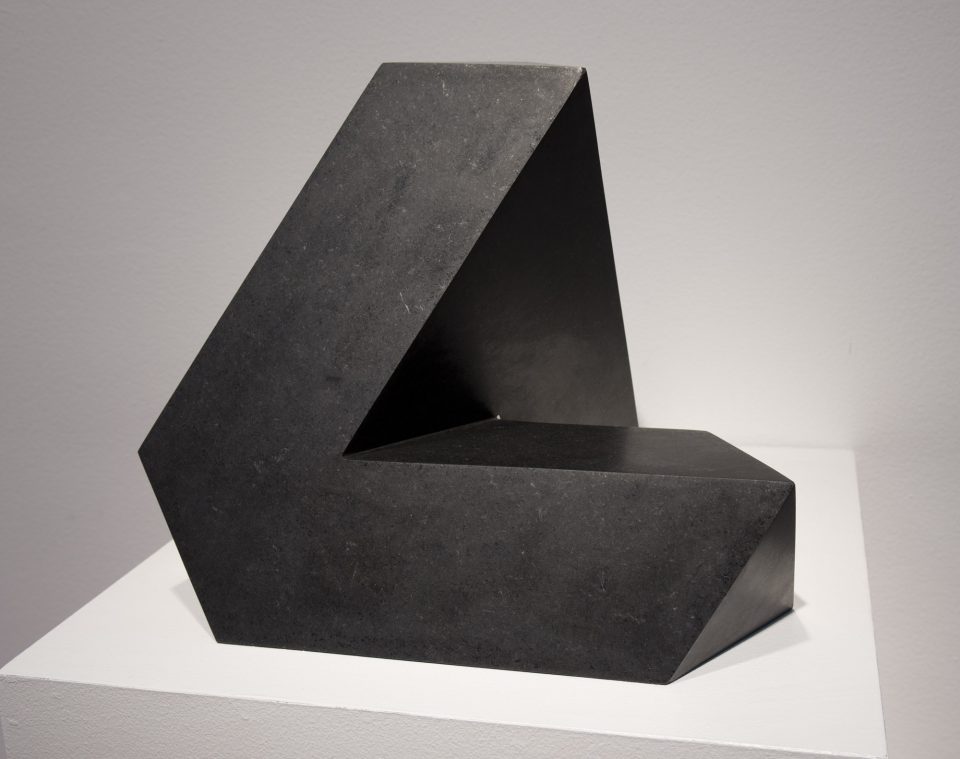 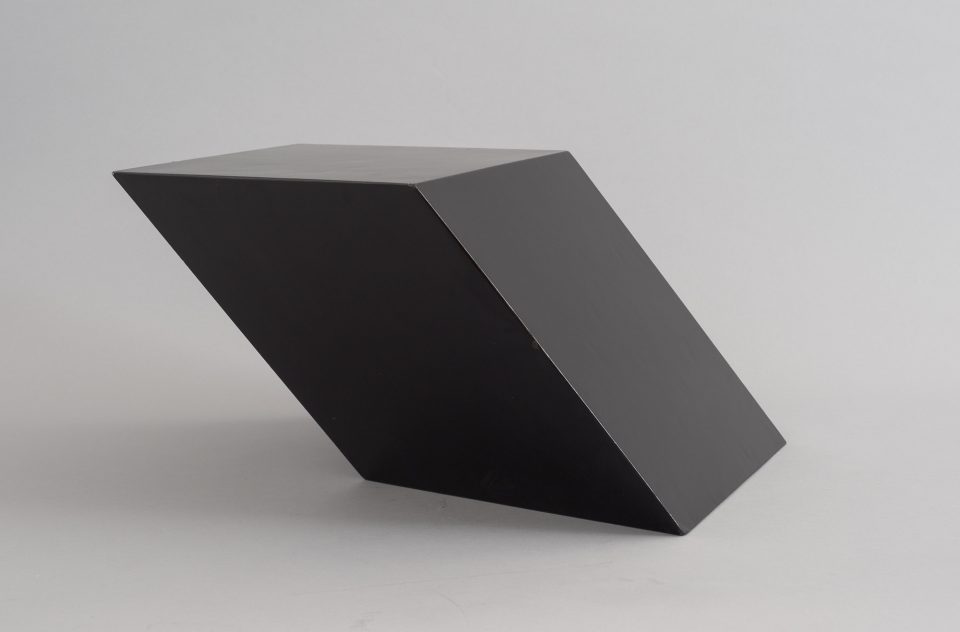 Not only did Smith champion the artists of his generation, but he also sat on the committee that developed the Wadsworth Atheneum’s MATRIX series (1975-to the present) along with James Elliott, the museum’s director, Sam Wagstaff, who had left the Wadsworth in 1968, and Andrea Miller-Keller, the first MATRIX Gallery Coordinator.  “The working title for the project for a number of years was ‘New Aspects and Review.’ Tony Smith suggested the title MATRIX with emphasis on the definition of it as a space within which something else originates or develops.” (Wadsworth Director James Elliott, “Introductory Notes On The MATRIX Project,” typescript.)

In 2011, Smith’s daughters, Kiki Smith and Seton Smith, requested that all museums install their Tony Smith works to honor the 100th anniversary of his birth the next year.  The Wadsworth Atheneum happily complied, first sending Amaryllis for conservation at Lippincott’s, LLC and then placing the sculpture on the Main Street lawn, where it stands prominently today. 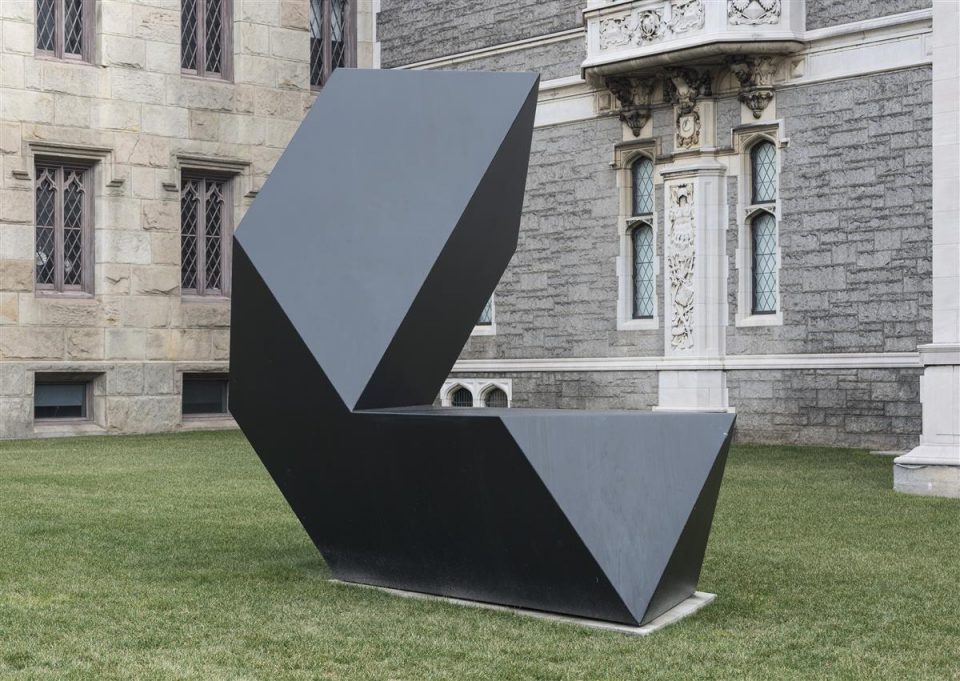