The Wadsworth Atheneum is comprised of five connected buildings. In 1841, Hartford native Daniel Wadsworth (1771‒1848) announced plans to open a public art gallery. With help from friends and donors, he expanded his vision and founded an athenaeum, a cultural center dedicated to art, literature, and history. Opened in 1844, the Wadsworth building is constructed of Connecticut granite from plans started by Hartford-based architect Henry Austin and finalized by Ithiel Towne and Alexander Jackson Davis. 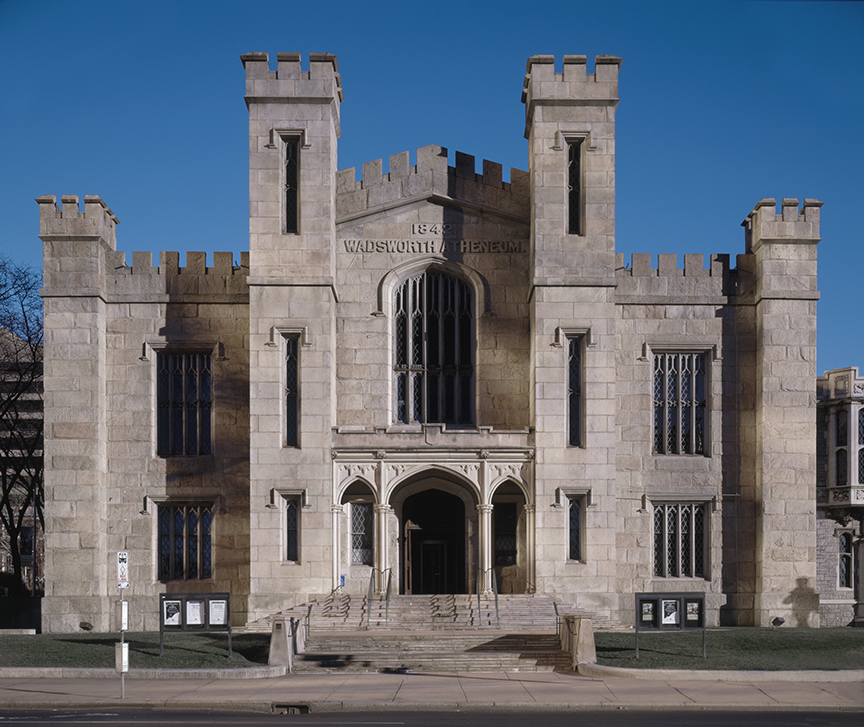 The first was the Gothic Revival Wadsworth building of 1844, designed by the eminent architects Ithiel Town and Alexander Jackson Davis. It originally housed the art gallery, the Connecticut Historical Society, the Young Men’s Institute (which became the Hartford Public Library), and the Natural History Society.

The Watkinson Library of Reference was added to the original building in the 1860s. 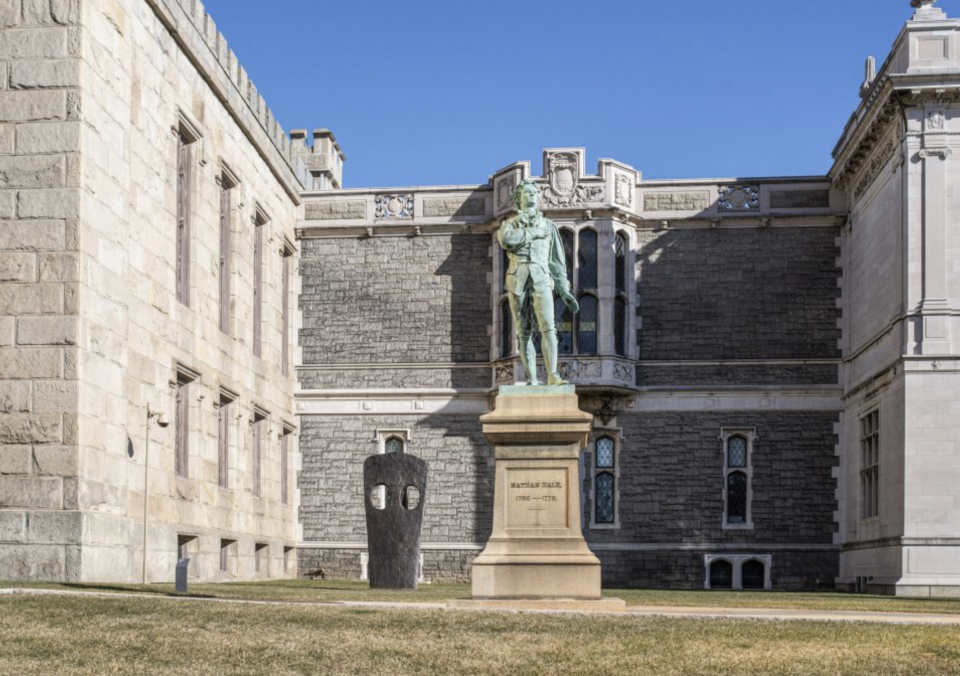 The Tudor Revival Colt Memorial of 1910 and the Renaissance Revival Morgan Memorial of 1910-15, designed by Benjamin Wistar Morris, provided additional space for the growing fine arts collection. In 1905, businessperson and philanthropist Elizabeth Hart Jarvis Colt (1826–1905) bequeathed over 1,000 objects to the Wadsworth, including paintings, decorative works, and the firearms collection of her late husband Samuel Colt, along with funds to expand the museum to house them. Architect Benjamin Wistar Morris was chosen to design both the Colt and the adjacent Morgan Memorial building. Opened to the public in 1910, the Colt Memorial visually connects the Wadsworth and Morgan buildings with its dark gray granite facade and marble moldings. 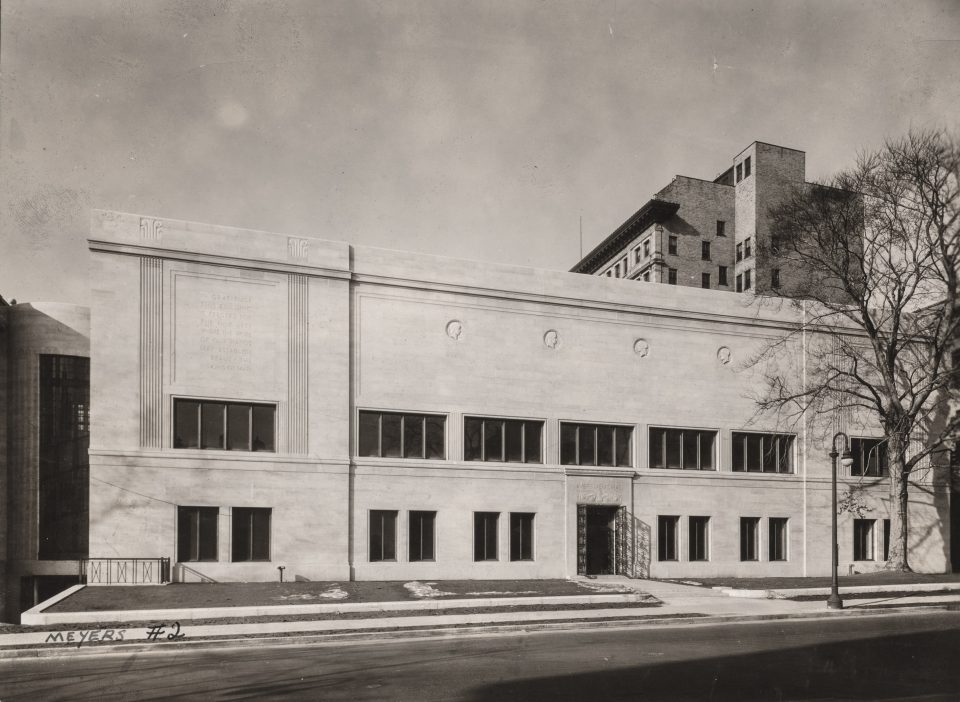 The Avery Memorial opened in 1934 and was the first American museum building with a modern International Style interior. Avery Memorial building reflected a transformative moment in American architectural history , reflective of modernizing trends in art and architecture. Funded by the art dealer, collector, and philanthropist Samuel Putnam Avery III (1847–1920), the Art Deco exterior featured clean lines and minimal ornamentation. By 1964, the institutions not affiliated with the art museum had moved to other Hartford locations. 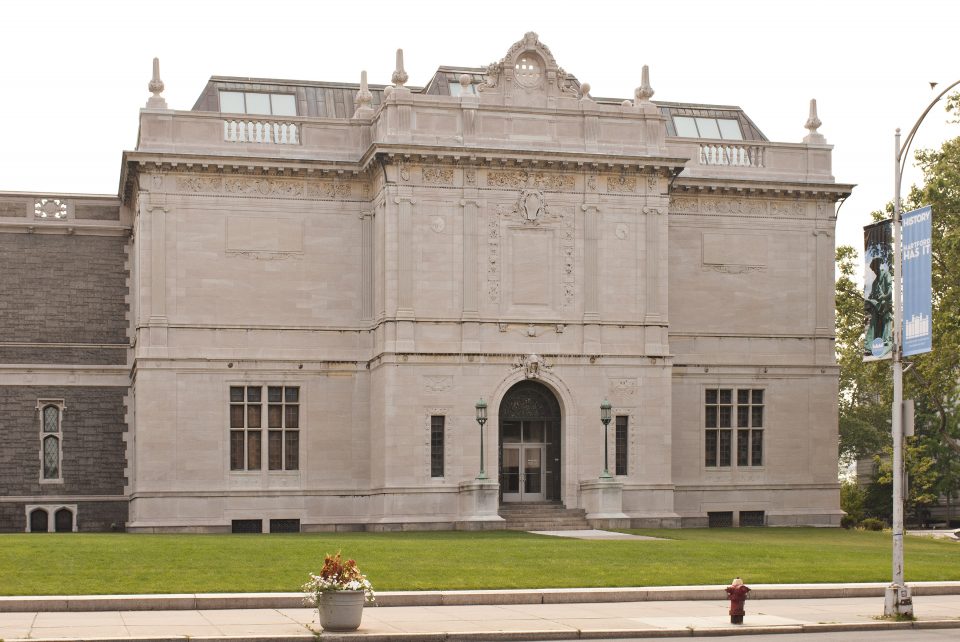 The Morgan Memorial opened in 1915, it more than doubled the Wadsworth’s square footage. Hartford-born financier J. Pierpont Morgan (1837‒1913) provided the funds to erect the Beaux Arts-style structure as a tribute to his father Junius Spencer Morgan (1813–1890). Architect Benjamin Wistar Morris designed it and the adjoining Colt Memorial at the same time. 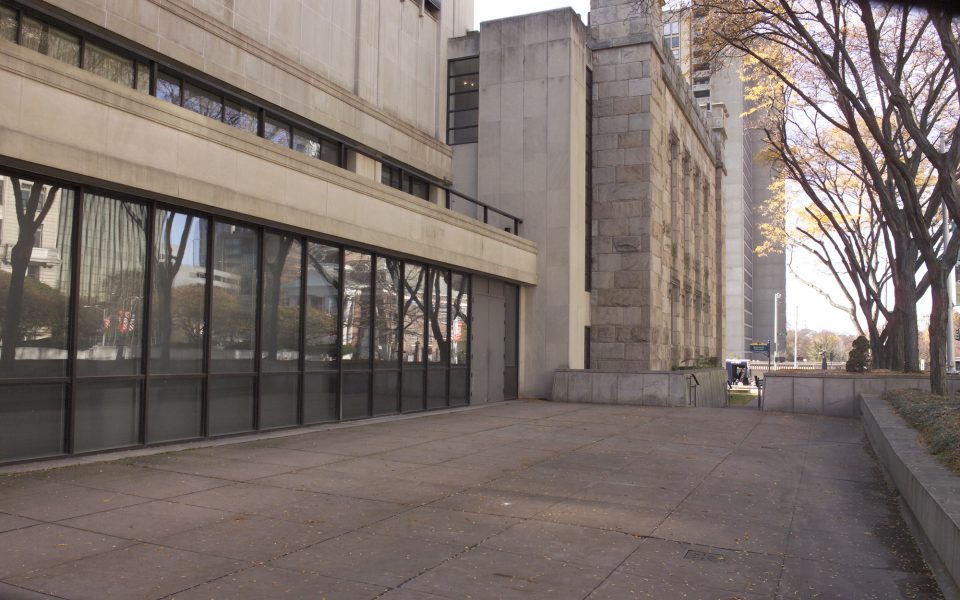 When the Goodwin building, designed in a late modernist style, opened to the public in 1969, the entire facility was devoted to the fine arts for the first time, Daniel Wadsworth’s original intention. Named for conservationist James Lippincott Goodwin (1881‒1967), it was one element in a plan to maximize art gallery space. Designed by the Hartford architectural firm, Huntington, Darbee & Dollard, it was built in a neo-Brutalist style that showcases the bare concrete and geometric structure of the building. 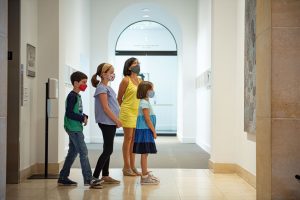